The Fireplace Mantel: How to Make it Chic and Modern

Mantels may be associated with the traditional fireplaces of yesterday, but that doesn’t mean they’ve gone the way of the chimney and the wood-burning fireplace. Indeed, modern fireplaces haven’t killed the mantel; they’ve forced it to evolve. Updated designs and new materials have transformed the most time-honored fireplace element and brought it into to the 21st Century. Here are a few examples of people who took their fireplace mantel to the next level with clever design. 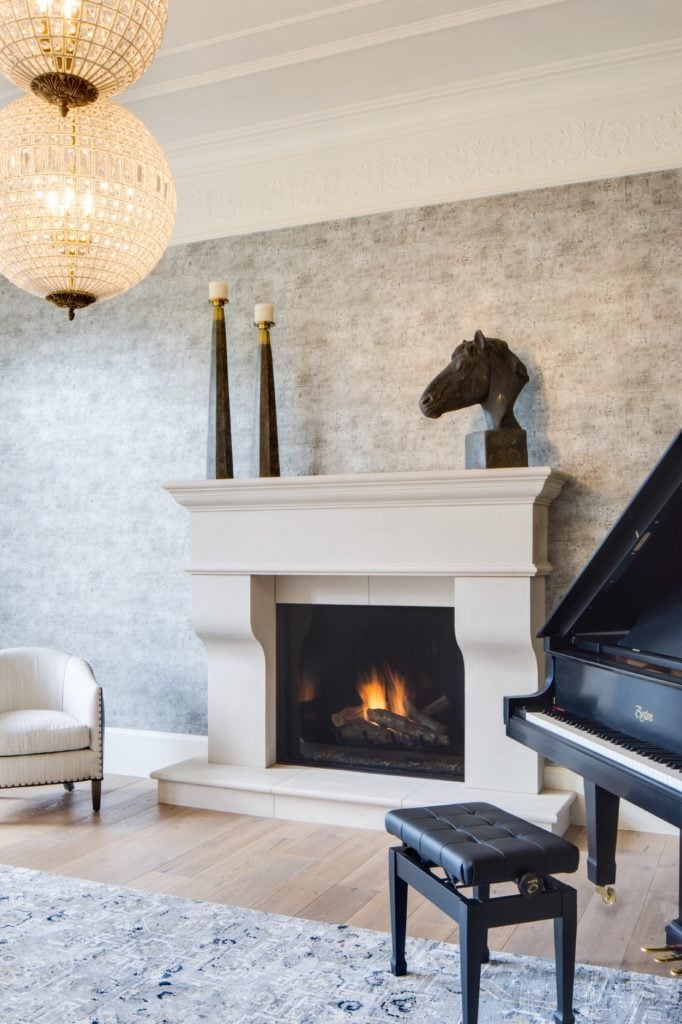 Stone and brick may be traditional, but other fireplace mantel materials can give you a more updated look. Take this beautiful white surround. It has crisp, polished look that works well in a contemporary setting, even while the overall design harkens back to an earlier era. Featuring soft curves and neat lines, the design manages to be elegant in a simple, toned-down way.

Use Contrast and Inversion to Create the Unexpected

You might expect to see a bare white wall set off by metallic accents, but this arrangement inverts conventional wisdom. The result is surprising, yet masterful. The effect is heightened by the contrast between light and dark, between the square fireplace and the long rectangular panels, between the starkness of the white concrete and the glimmer of the bronze wall. Note the lack of shelf space above the fireplace. A narrow ledge offers some support for décor, but, otherwise, the architectural elements do the talking.

Large and elaborate mantels look awkward above most modern, frameless fireplaces. That doesn’t mean you have to get rid of it altogether. If you prefer simplicity but also want a shelf on which to place décor, consider a floating mantel, which pairs well with a front-facing, frameless fireplace. It’s subtle but elegant. As for materials, you can choose anything from a simple wood beam to a limestone slab. 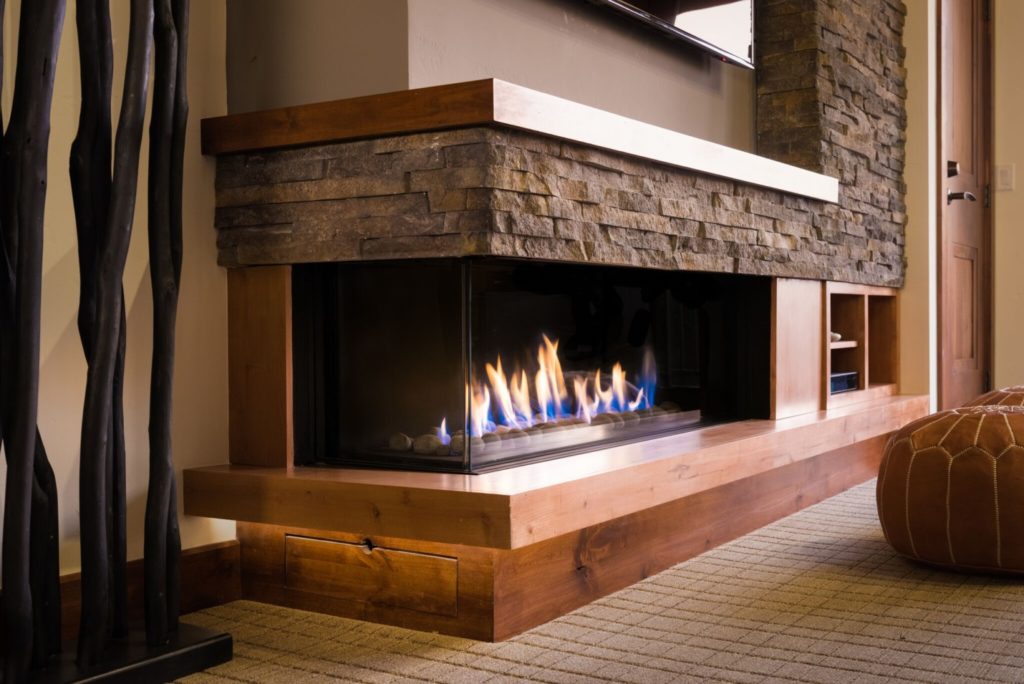 The owners of this home installed a modern corner fireplace and then constructed the surround out of stone and wood. Although the materials are somewhat traditional, the design is distinctly modern. They achieve the look by using neatly fitted slabs instead of round stones, a clean-cut wood ledge on the bottom instead of an intricately carved mantel, and an elongated geometric design instead of a square box.

Turn the Mantel on Its Head

The traditional fireplace sits on or near the floor and features a neat little mantel on top. If you have a corner fireplace, a three-sided fireplace, or even a modern front-facing fireplace, you could try something different. A bottom ledge in lieu of a mantel, for example. Whether it sits above the floor and acts as a shelf or rises up from the floor to support the fireplace, as this one does, a bottom ledge adds both form and function.

Do Away with the Mantel for a Minimalist’s Dream 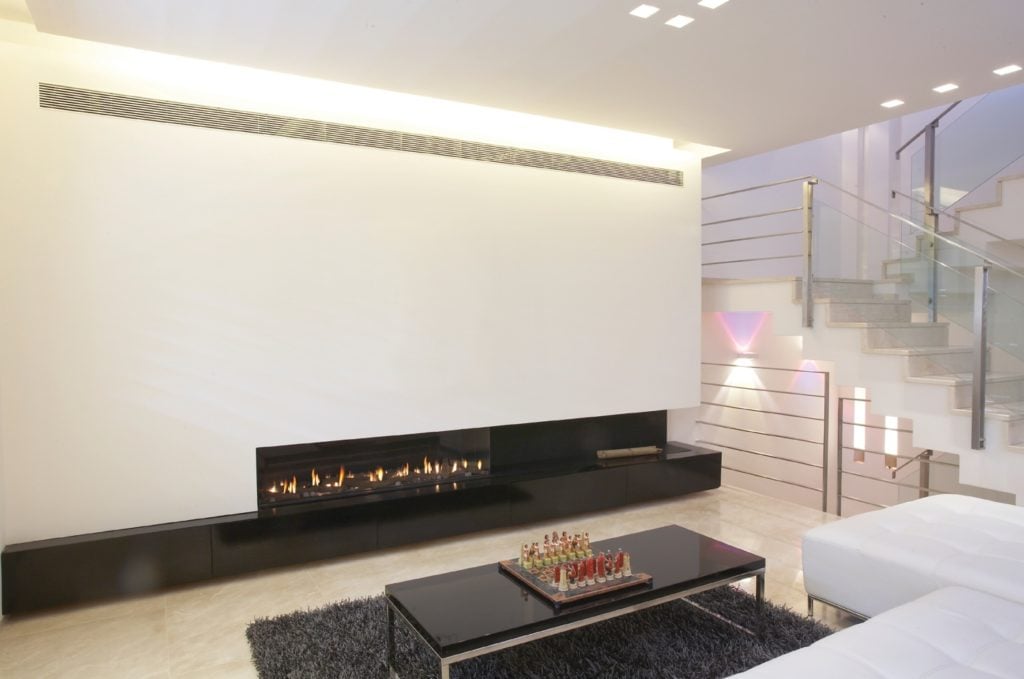 Who says you need a mantel? If you’re going for a truly modern look, get rid of the frills. Prefer unadulterated minimalism? Leave the wall bare. The negative space will offset the beauty of the fireplace. If you prefer a slightly more decorative look, you could hang artwork above the fireplace. Prefer entertainment to embellishment? Place a television above the fireplace. With Ortal’s Cool Wall technology, you have fewer limitations and more options.

Want more inspiration? Check out our gallery of modern fireplace designs. Need help figuring out which materials would work well with your fireplace? Contact an Ortal representative to learn more.