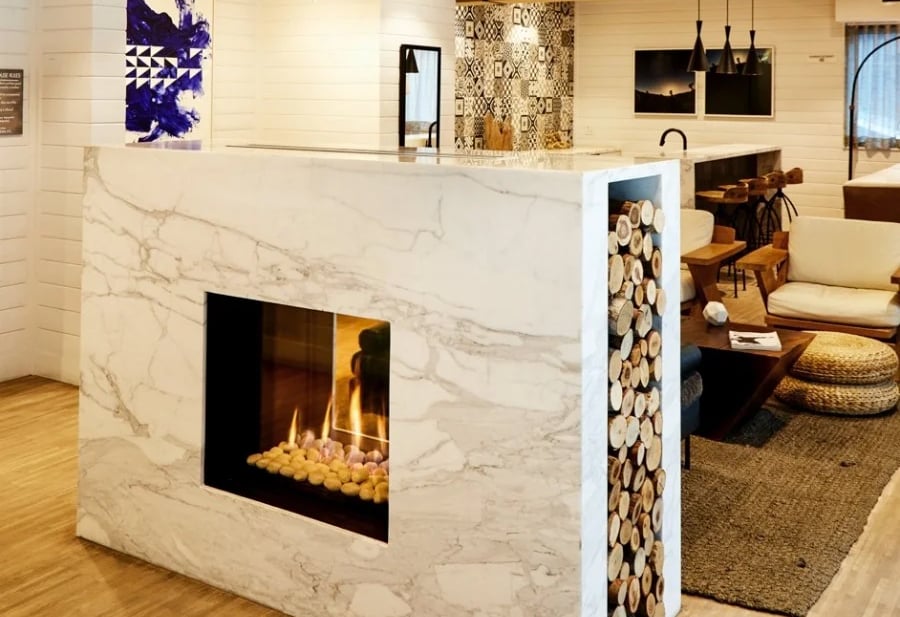 Architectural design and creativity have always been hampered by mechanical limitations.

There are two ways to react. First, you can accept the limitations and design within the convention. There’s hardly any shame in that. It’s 99 percent of good, responsible design.

But it can be frustrating to accept “it’s not done that way” or “it can’t be done” all the time. Which leads to the second approach, which starts with thinking of solutions that turn “can’t” into “can.”

When it comes to incorporating a luxury gas fireplace into a design, there are spaces in a structure where an installation simply won’t work. However, because Ortal engineers decided to take the second approach, you now have far greater design flexibility. As a result, it’s now possible for architects and designers to install luxury fireplaces in apartments, upstairs rooms, any room in a multi-level home, and other locations that were once off limits. Power venting is almost always the preferred solution in multifamily buildings. Power vent also allows a 90-degree elbow right off the top of the fireplace, allowing for “short chase” designs that allow a window right above the fireplace. This feature also allows a fireplace to be designed like a continuation of built-in furniture. 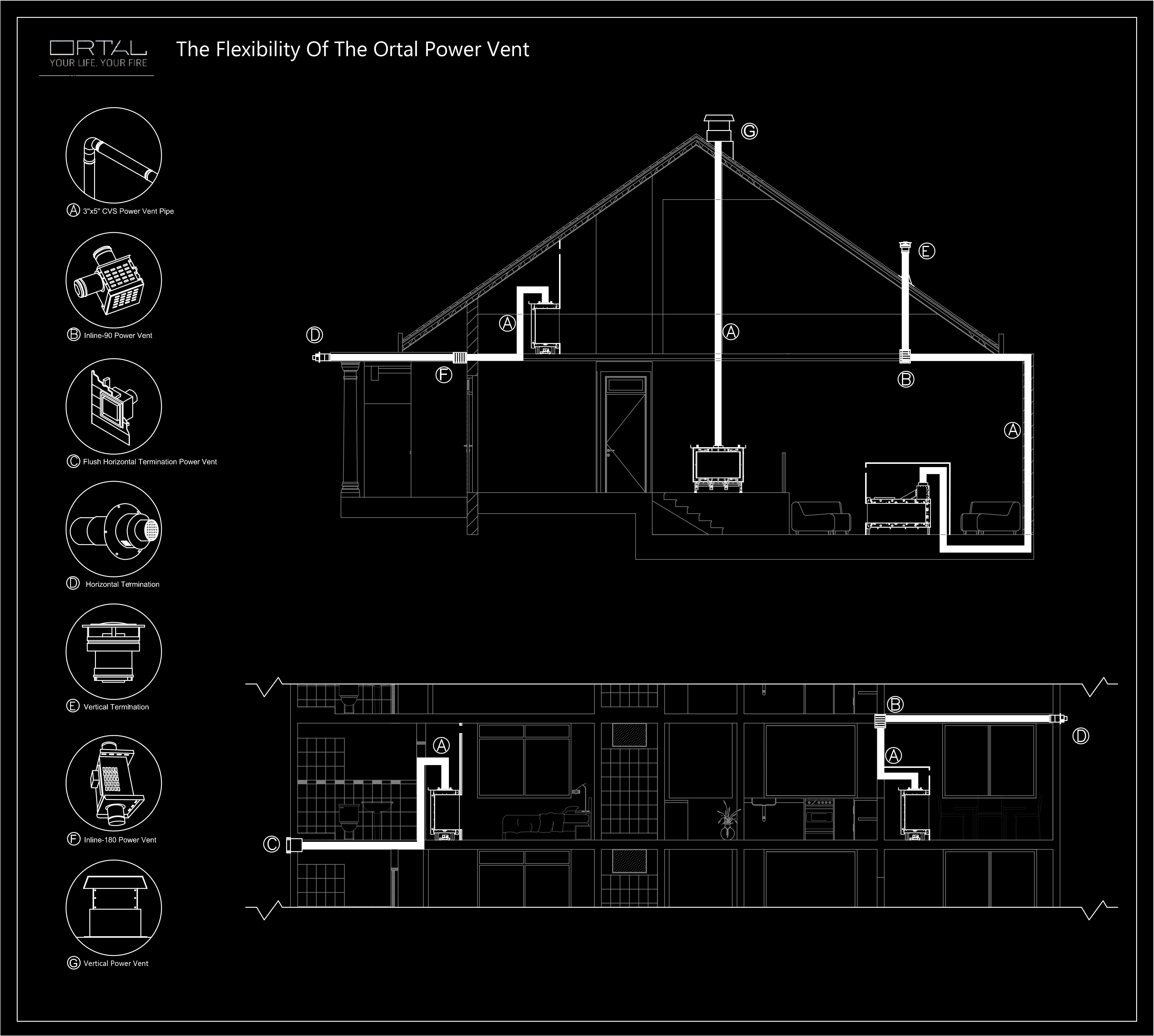 Direct Vent Limitations
With a standard direct vent fireplace, the average length allowed for a vertical run is about 44 feet. Though it’s possible to add 90- or 45-degree bends, each one will reduce the possible vent run. If you have three 90-degree bends, you may be only able to vent just over 10 feet vertically.

The Ortal Power Vent System
The Ortal Power Vent system incorporates a power vent fan and a control box. When installed, the system allows for a 165-foot vertical vent run, increasing the venting range 125 feet beyond a typical direct vent fireplace and making it possible to install a gas fireplace in many more designs.

Of course, a straight-line vent is not always possible, which is why the Ortal Power Vent provides even greater flexibility. The forced air stream is powerful enough to allow for three times the number of angled bends in the venting run, accommodating up to twelve 90-degree elbows. The enhanced power allows much more flexibility in the placement of the exhaust pipe. The venting options allow the pipe to run vertically, horizontally, and even up to 20 feet of downhill run with no additional power required.

Ortal has also worked hard to ensure that we have the quietest fan possible, reaching a maximum of only 45 dB, not including the sound-insulating properties of the wall. While they remain powerful, our fans provide optimal design flexibility without disrupting the relaxing ambience of a fireplace with loud noises.

Horizontal Venting
There are a variety of reasons that vertical venting might not be possible for functional or aesthetic reasons. Whatever the reason, the Ortal Power Vent system makes it possible to terminate a venting run horizontally. A concealed cap allows installation without creating a visual distraction.

• Inline-90 Power Vent System
Allows both horizontal and vertical termination. The power vent fan is incorporated into the run as one of the 90 degree offsets.
PDF Drawing
2D CAD Drawing

• Inline-180 Power Vent System
Allows both horizontal and vertical termination. The power vent fan is set on a 180-degree angle, allowing for installation at any straight portion of the vent run.
PDF Drawing
2D CAD Drawing

The power vent system is an optional component to most Ortal direct vent fireplaces, and the fireplace must be configured only by Ortal. It cannot be retrofitted in the field. Once installed it operates the same as a standard Ortal fireplace, including remote controlled on/off and adjustable flame controls.

If your design or client request calls for a fireplace in a location where you thought it might not be possible, you now have options to make your ideas possible.