Why Every Builder Should Have Their LEED Certification

Green building has shifted from being an emerging trend to a choice that the majority of people are making. According to the U.S. Green Building Council (USGBC), 57 percent of building owners plan to make their projects green by 2021. One reason for this is that tenants seek out LEED buildings because they provide value through lower operating costs and higher employee productivity and retention. LEED buildings also have a higher resale value, so they’re smart investments for your clients.

END_OF_DOCUMENT_TOKEN_TO_BE_REPLACED

Feature Analysis: Finding The Best Gas Fireplace For Your Client

Once you’ve gone through the schematic design process and decided that your client wants to include a fireplace, you have to decide which model is right. Choosing the best gas fireplace for your design isn’t always easy. There are plenty of options available, and not all of them have the same features. Analyzing the following key features can help you come to a decision that both honors your design and ensures that your clients get exactly what they want.

END_OF_DOCUMENT_TOKEN_TO_BE_REPLACED

A Feast for The Five Senses in Montérégie

At 230,000 square feet, the Saint-Hyacinthe Convention Center in Saint-Hyacinthe, Montérégie is the largest convention and exhibitions center outside the Canadian cities of Montreal and Quebec City. The multifunctional building features 30 furnished rooms for events, with a very large main room, two-story meeting rooms, private executive rooms and a business lounge.

END_OF_DOCUMENT_TOKEN_TO_BE_REPLACED

Of all the different styles that have surfaced over the centuries, Modern is perhaps the single biggest influence on today’s approaches to interior design. From its inception in the early years of the 20th century, it caused a seismic shift in design theory, discarding old ideas about decorative beauty and replacing them with an emphasis on pure functionality.

END_OF_DOCUMENT_TOKEN_TO_BE_REPLACED

The average person spends around half of their waking life at work. Considering the sheer number of hours most of us spend at work each week, workplace atmosphere matters—a lot.

END_OF_DOCUMENT_TOKEN_TO_BE_REPLACED

Rebuild or Renovate? 5 Questions to Help You Decide

If you’re considering buying a fixer upper or your existing home needs a serious makeover, deciding whether to remodel or rebuild can be an agonizing decision. Which option—renovating or rebuilding—is more cost-effective is also a hotly debated topic among contractors, architects, and real estate pros.

END_OF_DOCUMENT_TOKEN_TO_BE_REPLACED

Ortal is thrilled to have been featured in a recently aired episode of the ever-popular “Property Brothers” franchise. In the episode (Season 7, Episode 14), which aired on October 17 at 9:00pm EST, twin brothers Drew and Jonathan Scott once again worked their magic, transforming a family’s dated log-cabin interior into a polished modern abode.

END_OF_DOCUMENT_TOKEN_TO_BE_REPLACED

At Ortal, we know your priority is providing your clients with value at every turn—whether you’re an interior designer, an architect, or a builder.

END_OF_DOCUMENT_TOKEN_TO_BE_REPLACED

How to increase property value when you’re planning renovations for a home is a big consideration—you want to know which upgrades will bring you the best return on your investment. This is true whether you’re a homeowner trying to reduce your energy footprint or a real estate guru trying to maximize profits on your next deal.

END_OF_DOCUMENT_TOKEN_TO_BE_REPLACED

For more than 30 years Ortal has helped pave the way in modern gas fireplace design and elevate the interior design of countless homes, luxury hotels and spas, upscale restaurants, and other establishments across North America and around the world.

END_OF_DOCUMENT_TOKEN_TO_BE_REPLACED

Subscribe to Our Blog for Industry Information On Fireplace Features, Building and Design 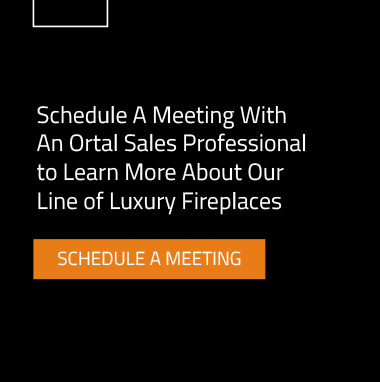